What's it like to celebrate St. Patrick's Day in Ireland? 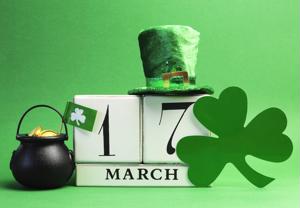 On March 17, millions around the globe celebrate the feast day of St. Patrick. As Britannica explained, over the centuries, this holy day to commemorate the patron saint of Ireland has become a much beloved secular holiday to salute all things Irish.

While St. Patrick's day celebrations vary from country to country, there's arguably no better place to spend the holiday than in the birthplace of the patron saint himself: Ireland. Here is everything you need to know about what it's like to celebrate St. Patrick's Day in the Emerald Isle.

A week's worth of festivities

Surprisingly, the St. Patrick's Day festivities we associate with Ireland only became popular in recent decades. It wasn't until the arrival of the television that the Irish saw how other countries celebrated the feast day and turned the holiday from a solemn affair to the party we know today, explained the History Channel.

As Ireland's celebrations have ramped up, so have the crowds. The CEO of Dublin's famed festival estimated that more than 500,000 tourists and locals crowd the streets on parade day alone. Arrive on the parade route early on the day of, or settle in at a local pub for the long and fun day ahead.

If you're looking for a quainter experience, consider celebrating the day in a smaller city like Sligo or Dingle.

If you don't pack your green garb you might feel left out amongst the St. Patrick's Day crowds. Irish Central explained that even though the original color associated with Saint Patrick was blue, over the years green has become symbolic of the holiday.

You will see the crowds decked out in green everything, including shamrocks pinned to their outfits. While you might not find green beer or rivers like in North America, most landmarks will be lit up green for the week.

Don't be afraid to go all in emerald during your trip.

The parade is the main event

After nearly a week of festivities and exploration you cannot miss the grand finale - the parade. Dublin's parade is the most well-known. As Irish Tourism explained, each year the festival embraces a different theme that ends in a parade through the city. The event is broadcast live on TV, so some families will attend church, arrive home for a traditional dinner and enjoy watching the festivities together.

Due to the crowds, you either want to save your spot along the parade route early in the day or claim your seat at the bar and watch the festivities on TV. Either way, celebrating St. Patrick's Day in Ireland is sure to live up to your wildest expectations.