What you should know before travelling to Australia 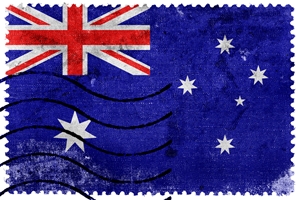 Going to the land down under can be a fun experience for just about anyone. However, if you don't know what you're getting yourself into, you might be in for a few surprises. People often expect that Australia will be everything they see in the movies - a land filled with kangaroos, beaches and friendly people. Yet that isn't always the case. If you're thinking about planning a trip to Australia, it's important to do your research first. Here's a few things you should know before you hop on a plane for Australia.

Australia's weather isn't always sunny with no humidity and in fact it can vary drastically depending on what region you're in. For instance, you might have colder temperatures in the northern part of the country and extremely hot, arid temperatures to the south. In the middle of the country, temperatures can change by 25 degrees Celsius within one day, so it's important to be ready for really anything that comes your way. Pack a coat if you're planning on checking out some Tasmanian devils on the small island of Tasmania off the coast of Australia, it's usually cold and windy.

2. The sun is powerful

Australia sits very close to the equator and sometimes people underestimate what that means. Australia sits in an area where the atmosphere has several holes, allowing powerful UV rays to enter. You need to wear sunscreen of over 60 SPF to avoid bad sunburns. You can't stay out in the direct, hot sun during the day for more than an hour without getting extremely dehydrated or burnt so stay cool indoors or head for shaded areas when you're outdoors.

In some countries, gratuity is welcomed and accepted. In Australia, some people believe just the opposite - it shouldn't ever be done, regardless of the circumstances. Yet others, especially those from tipping countries, believe that it should still be done when going out to eat or drink. If you stand by this opinion, don't pull out too many bills - it turns out, a 10 percent tip is more than enough for most waiters or waitresses.

If you plan on bringing items in and out of Australia, it's important to let the country know before you go anywhere. Don't simply expect that you'll get through airport security with a new pair of boots or some homemade jam from a local farm. Several products, including animal- and plant-based ones, need to be passed by authorities before you can bring it through. If you're looking to bring home any kind of souvenir, find out what is and isn't welcome before you cross that threshold.