What do you need to know about California's Wizarding World of Harry Potter? 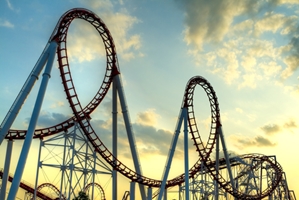 Harry Potter fans, whether they love the books that brought the world of magic to life or the movies that showed the adventures on the big screen, know that they can embrace these stories in plenty of spots across the globe. For instance, they could travel to England's Kings Cross railway station if they want to hang out in a spot where multiple scenes took place across the saga. They could also head to New York City to see if Daniel Radcliffe, who portrayed the title character, is in yet another new show on Broadway.

They might have to go on a long drive or hop on a plane if they want to embrace Harry Potter while travelling. That said, there are now a few central locations where self-proclaimed "Potterheads" can go to place themselves in surroundings that will remind them of locations like Hogwarts School of Witchcraft and Wizardry, Hogsmeade Village and other spots that are known to fans.

Immerse yourself in the experience

As USA Today reported, many of aspects of the California park are similar to those seen in Florida - the majority of the parks are centred around the village of Hogsmeade. However, there are many details that are different. For one, in the Hollywood park, you can better immerse yourself in the experiences of the characters, particularly on the Harry Potter and the Forbidden Journey ride. Riders put on 3-D Quidditch goggles so they can really get a feeling for riding around on brooms, particularly when they run into scary dementors, as it really seems like they're there!

One other authentic aspect of the park is that, contrary to many theme park atmospheres around the globe, the park is dirty, like the real setting in the book would be.

"We have black soot, moss, stains and runs. It was fun to explore that and extend it to get the most value out of it in this park," Potter movie Production Designer Stuart Craig told the news outlet.

When you're heading around the park, hopping from ride to exhibit to yet another ride, make sure you pay attention to all the details. Thrillist, for instance, noted that even when you're waiting in line to get on an attraction, you should constantly be looking around. When you're in the castle, for example, you can see a line of magical creatures, called mandrakes, chained off near the greenhouse.

Also, according to USA Today, there are real props from the movie series. The luggage racks at the train station in the park are the actual ones featured in the films, and the desks and chalkboards inside the Defense Against the Dark Arts class rooms are the ones the actors used.

It makes sense that even though they're sister parks, the attractions in California and Florida can't be built exactly the same. Because of the layout in Hollywood, the park doesn't feature the Dragon Challenge roller coaster, but instead has more shops down a completely different street. This stretch includes ones that fans will recognize, like Dervish and Bangs, Wiseacre's Wizarding Equipment and Gladrags Wizardwear. A huge hit, Potterfanactic favourite Ollivanders wand shop is present in both parks, as is restaurant Three Broomsticks, where park guests can hang out and grab a bite of authentic British food and drink non-alcoholic sweet treat Butterbeer.

Don't forget the other attractions

While true Harry Potter fans will likely spend the majority of their time in the associated park, there are also plenty of other interesting things to see on the Universal lot. As The Mirror reported, this area is a real movie studio, so visitors should consider taking the Studio Bus Tour and exploring elsewhere if they want to see parts of sets and even rides or exhibits from films like "Psycho," "Fast and the Furious," "Despicable Me" and "Transformers."