Surprising international laws every traveller should be aware of 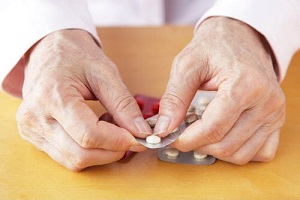 Few incidents can wreck an international excursion as quickly as an unexpected arrest. Unfortunately, these events occur with some frequency. For instance, in 2016, the latest year for which foreign arrest data from Global Affairs Canada was available, consulates spread across 85 countries assisted approximately 1,610 Canadian citizens apprehended overseas. While at least some of these individuals may have knowingly violated the statutes in their respective host countries, a good number may have accidentally run afoul of the law, caught off guard by seemingly obscure or strange ordinances. With this in mind, you should consider reviewing some of the more obscure international laws prior to embarking on your journey.

Possessing medication in Asia and the Middle East

More than 40 percent of Canadian citizens use prescription medication of some kind, including 83 percent of those between the ages of 65 and 79, according to Statistics Canada. Sadly, these individuals often encounter trouble when travelling internationally, especially to locations in Asia and the Middle East, The New York Times reported. Nations such as United Arab Emirates and Japan have banned the import of certain narcotics, including commonly prescribed medications and over-the-counter drugs. Travellers who mistakenly carry too much medicine or forget to travel with their original prescriptions when visiting these and other similarly restrictive countries might find themselves in serious trouble. So, if you find yourself on the verge of jetting to Japan or the UAE, consult with your doctor.

St. Mark's Square, locally known as Piazza San Marco, is perhaps the most popular tourist destination in Venice. The millions of visitors who navigate the public space every year encounter eye-catching Gothic and Romanesque structures, including the vaunted Patriarchal Cathedral Basilica of Saint Mark - the 11th-century church that lends the area its name. Those who walk through the square also encounter massive flocks of pigeons. For decades, tourists had sated these birds with scraps. However, in 2008, Venice outlawed the practice in an effort to tamp down the local pigeon population. Today, individuals who disobey the ordinance can expect an initial fine of 50 euros. While jail time is not on the docket, keeping your food to yourself is the ideal option here.

Prior to moving forward with your overseas travel plans, be sure to go over these and other international laws to ensure you avoid any entanglements with police. You also might want to purchase travel insurance, as such a policy can offer additional protection and support that might prove useful during your trip. Connect with Travel Guard today to view some of our travel insurance plans.