Head off the beaten path in Europe 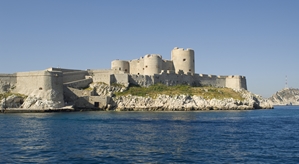 When people consider making Europe travel plans, there are a number of hot spots many individuals can't miss. Some travellers thinking about the continent can't ignore the draw of places like Barcelona, Dublin, Paris or Athens. These cities are known for being steeped in culture and history, the friendly atmosphere and the magnificent food. And while there are certainly a lot of fun things to do in these world metropolises, those who truly know Europe are well aware that for an all-encompassing trip to the area, you might want to go off the beaten track.

Just think of all the cities, towns and villages you never see even when you do a comprehensive tour of Europe. It's nearly impossible to hit each country on this type of excursion, nevermind individual communities.

However, if you want to plan a unique and equally rewarding trip to the continent, there are a number of worthy places you might want to check out. Consider making travel plans that include stopovers in these areas.

Some of the most popular areas in France include Paris, Versailles and Normandy - for some reason, Marseille isn't always on this list. While the country is one of the most traversed in Europe, this particular city might often be ignored. According to The Huffington Post, that's a real shame. Those who head over to Marseille can enjoy a tour of The Count of Monte Cristo's famous Chateau d'If prison, visit Notre Dame de la Garde or haggle at the fish market at the harbour.

Many individuals count Amsterdam as one of their favourite European stops, but the news source singled out the Dutch city of Leiden as an equally worthy, if less busy, travel destination. In fact, this might be a good option for people going to Amsterdam but who don't want to break the bank. While Leiden is smaller, there are very interesting things to do, like view the birthplace of Rembrandt or check out one of the city's three national museums.

The Portuguese city of Porto was once given the title of European Cultural Capital, Escape Here reported, something which should come as no surprise to visitors. This is a must-see destination for people with a variety of interests. For instance, this is where soccer team FC Porto calls home, and there are a number of festivals during various times of the year.

It can be said that England is a wildly popular tourist destination, but not everyone who jets to the island of Great Britain checks out the other nations, namely Wales. The capital city, Cardiff, has a lot to offer travellers. For instance, The Huffington Post noted that Cardiff Castle can be interesting to history buffs and television fans who might want to take part in the Doctor Who Experience.

Though Split, a seaside resort city in Croatia, is definitely considered off the beaten path, if it was good enough for Roman Emperor Diocletian, it's probably good enough for you. Reader's Digest Canada explained that the ruler set up a retirement palace in the gorgeous community, but those looking for a more modern experience will be treated to bars, restaurants and loads of shopping opportunities.

If you're looking for your trip to be an interesting and informative experience, Basel, Switzerland, might be the place for you. The magazine reported that Basel boasts the largest number of museums in a European city. There's something for travellers with different interests, and the metropolis is known to be a melting pot, thanks to the presence of people from varying cultures and those who speak many languages.