Can I bring that? Restricted and prohibited goods travellers should know 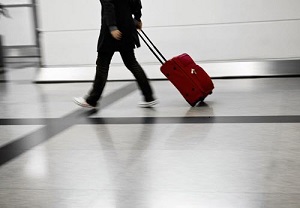 Canadian travellers consider themselves masterful packers. Why? Almost 70 percent plan ahead, setting aside essential trip accessories as many as seven days prior to departure. Despite this nationwide prowess for packing, a good number of citizens unknowingly attempt to bring restricted or prohibited items aboard airplanes, the CBC reported. With almost 62 million passengers to screen, members of the Canadian Air Transport Security Authority have little time to educate naive globetrotters on common air travel contraband. So, before you start planning for your next international sojourn, make sure you familiarize yourself with some of the items found on CATSA's non-permitted goods roster, along with a few other problematic flying accouterments.

Contractors, welders and other industrial professionals travelling for work sometimes encounter difficulties at security checkpoints, as many of the tools these tradespeople wield are considered contraband. For example, CATSA does not allow passengers to carry on blowtorches, crowbars, drills or hammers. Larger assets that launch projectiles, including bolt and nail guns, are also prohibited. That said, Canadian air security officials do allow travellers to bring aboard some smaller industrial items, including scissors and knives with blades measuring 6 centimeters in length or smaller. However, knives of any size are prohibited on flights to the U.S.

CATSA maintains an extensive list of substances that pose a security risk when present and accessible in the cabin. These include caustic materials such as acid, compressed gas, gunpowder and flammable liquids like butane and kerosene. However, there are items on this roster that might legitimately catch some passengers off guard. For instance, common defensive items such as animal repellent, mace and pepper spray are not allowed in either carry-on or checked baggage.

Most travellers are aware that guns and ammunition are not permitted within the airplane cabin, though U.S. carriers will allow you to check them in if unloaded and properly secured, as long as doing so complies with local laws at the destination. The regulations surrounding some related items, on the other hand, are not so well-known. Firearm parts, for example, are also banned from carry-on luggage, along with replicas that can be mistaken for the genuine article and thus lead to an emergency response and the resulting disruption.

Be sure to consider these items as you plan for your forthcoming trip, lest you spend more time in security than required. Additionally, you might consider purchasing travel insurance. While these policies won't help you memorize CATSA's non-permitted goods list, they will protect you and your possessions should issues arise overseas.

Connect with Travel Guard today to view some of our travel insurance plans.